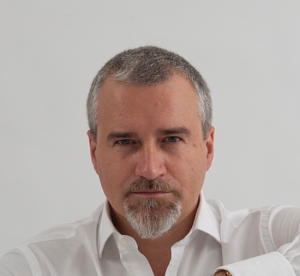 From a working-class background to imperial college, London to study theoretical physics was his parents’ joy. Dropping out after a year to live in Tokyo while he attained his first dan in Kyokushin Karate, was less welcome.
Upon returning to London, the first job was as a secretary to a stockbroking company’s managing director. Fetching tea and suits from the cleaners as his primary role, Mark was still permitted to sit in the main office and listen but not talk! Every Friday afternoon for over two years, he was asked what he had learnt and what he needed instruction on. A most practical education in how to encourage, to deceive, to flatter and to succeed.
From those humble beginnings to over a decade at Goldman Sachs. Eventually to founding his own hedge fund. Running risk, investing across macro markets and entering into underperforming companies to turn them around, were his occupation.
At the age of forty, and hoping that if he were lucky, only half of his life was complete, Mark decided to give up all in London and move to Italy. After many years of learning the language and enjoying the art, culture, warmth and humanistic side of that beautiful country, he re-entered the workplace.
He now has an ongoing activity in wine production in Valpolicella, a series of restaurants, operates as the chief marketing officer for EXOR International, an industrial technology company and is the chief executive officer for 0n3, a company that specialises in wireless industrial communication wearables. Being involved in the industrial technology sector during a period of intense innovation and change is exhilarating. Bringing this technology and associated benefits to the SME company level is his passion.